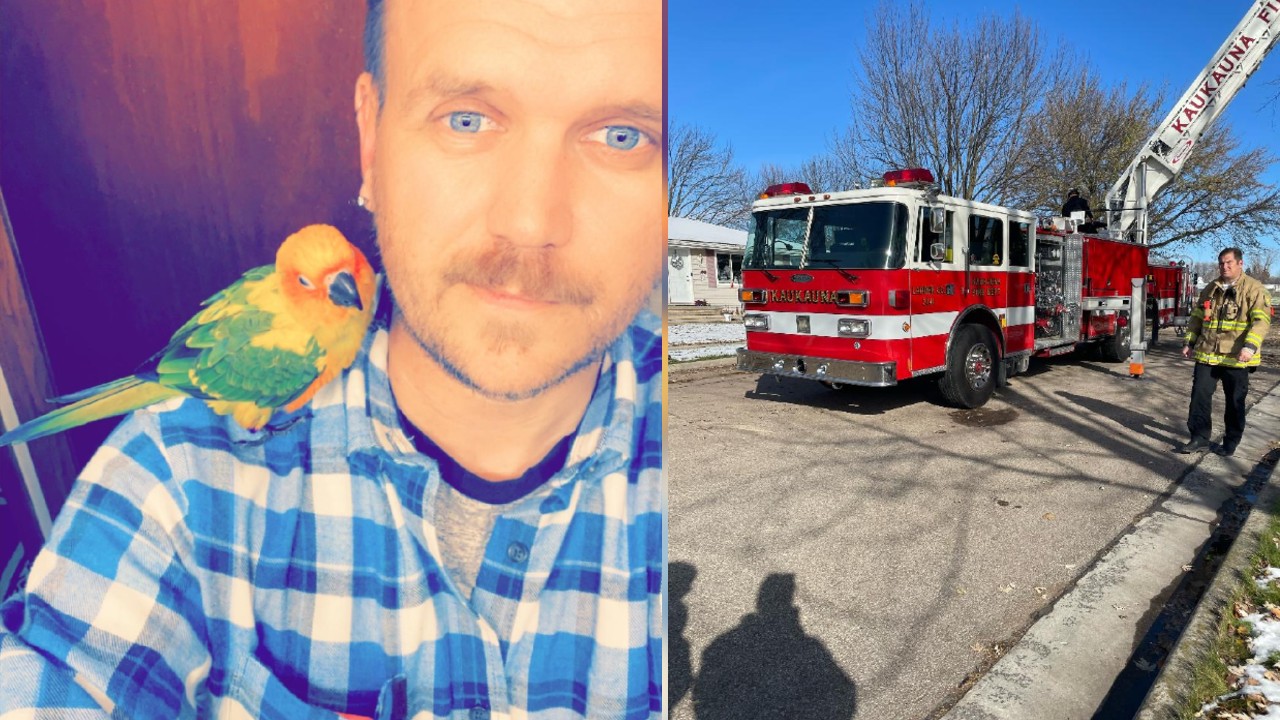 KAUKAUNA — In addition to helping out Kaukauna residents, firefighters have been know to rescue an occassional cat from a tree or duckling from a storm grate.

But over the weekend, it was a bird in a tree that was the focus of the fire department’s rescue efforts.

Sunny, a sun conure, or sun parakeet, is a tropical bird and can die from temps under 65 degrees, according to owner Ken Hurst.

Hurst said the bird tried to fly after him when I was taking out the trash because Sunny hates when he leaves.

“I didn’t realize he was on my coat hood until my spouse informed me,” Hurst said. “I must have spooked him when I moved my hood to warm him up.”

That’s when the bird took off.

Sunny flew into a very very tall tree and was essentially stuck for more than an hour and was becoming very week.

“As a distraught pet parent to a baby conure,” Hurst said. “I did the only thing i could think of and called the fire department, not knowing if they could rescue him.”

But they came and were able to get Sunny down. He was so cold he came willingly.

Hust said they couldn’t think of a better way to thank firefighters publicly.

“We are forever grateful for everything they did,” he said.