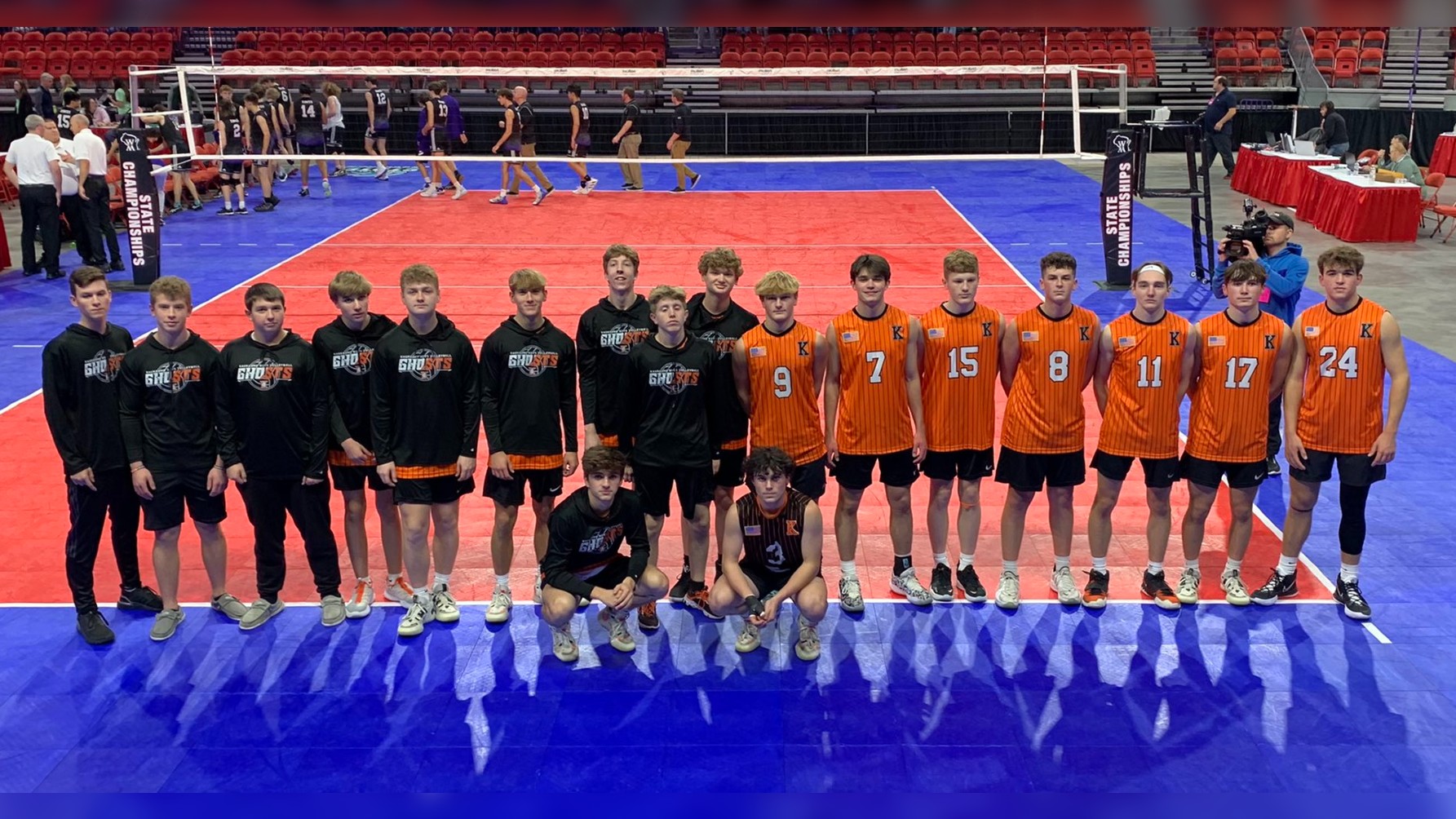 ASHWAUBENON — It was only the second loss of the season for the Kaukauna boys’ volleyball beam, but this one hurt the most.

In the opening set, the Ghosts trailed 19-12 at one point, but closed within two, before dropping the first set 25-21.

In the second set, the Ghosts battled to within one point twice, but eventually fell 25-20.

The third set went no better for the Ghosts, with Westosha Central pulling away for a 25-19 win and advancing to Staturday’s state title game.

This was Kaukauna’s first appearance at the WIAA state boys’ volleyball tournament since 2017, where they were state runnerups.

The Galloping Ghosts are tied with Marquette for the most titles of any existing school program with nine.