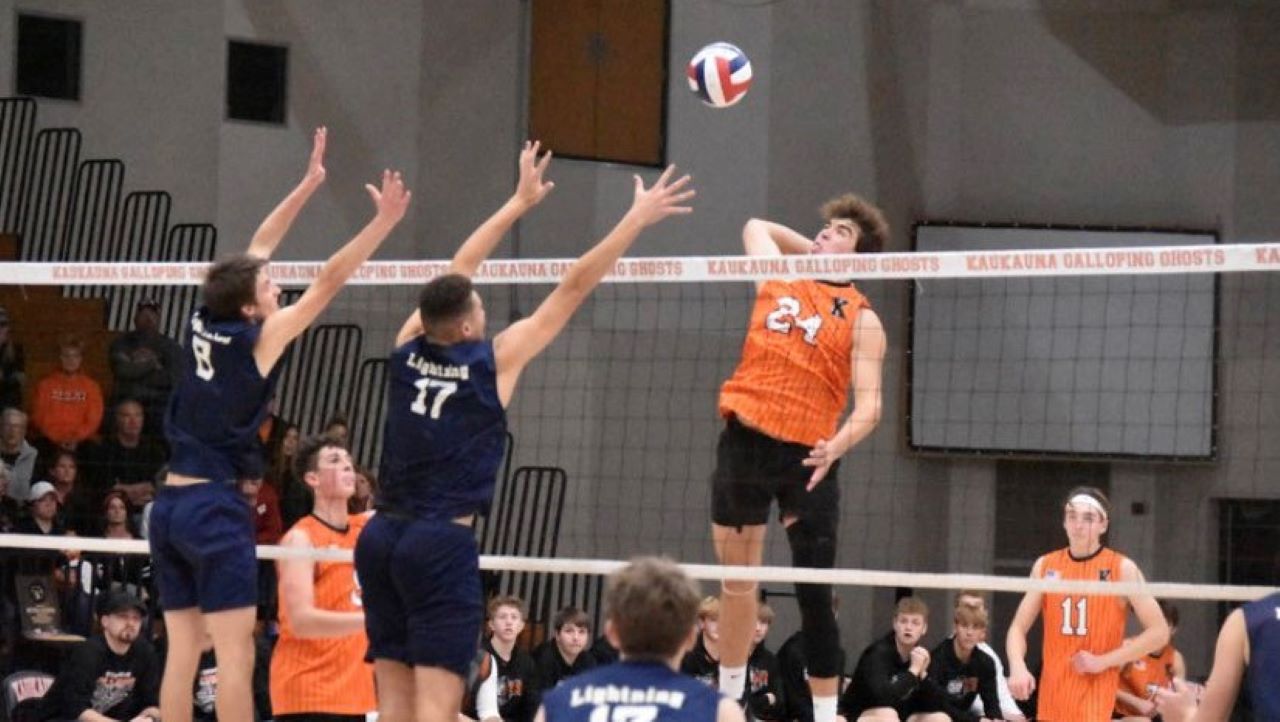 ASHWAUBENON — Top-seeded Kaukauna is making its first appearance at the WIAA state boys’ volleyball tournament since 2017 and its 23rd tournament overall, which is the most of any member school.

The Galloping Ghosts are tied with Marquette for the most titles of any existing school program with nine.

Kaukauna ousted Appleton North 25-19, 26-24, 30-28 in the final of the sectional hosted at Kaukauna to advance into the final field of eight. The Galloping Ghosts are the champions of the Fox Valley Association this year.

SUBSCRIBE HERE to watch all the quarterfinal and semifinal action of the State Boys & Girls Volleyball Tournaments streamed live for a fee on the NFHS Network.

TICKETS:  Ticket prices for the tourney are $11 per session with school ticket packages available. To order tickets online, go to:  https://bit.ly/3EsW2rv.