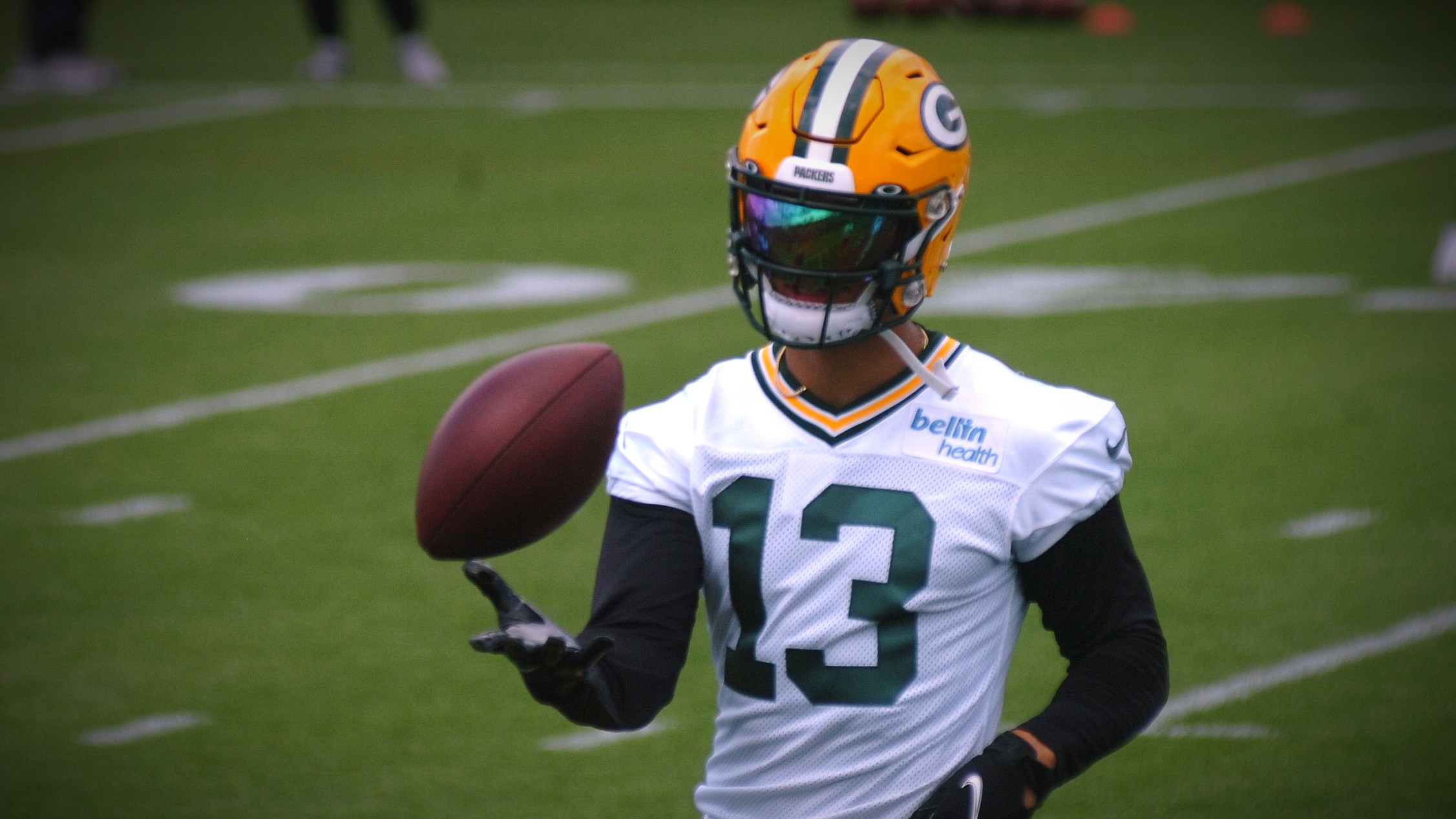 GREEN BAY — It was not a welcoming weekend for the Washington Football team, who lost Saturday at Lambeau Field to the Packers 24-10.

Typically, the City of Green Bay lights one bridge for for the Packers and one to welcome the visiting team to Green Bay on home game weekends.

However, this weekend, the city broke with tradition and lit both bridges Green and Gold in recognition of the renaming of the Walnut Street Bridge to the Bart Starr Memorial Bridge.

The slight was a harbinger of things to come on the football field.

In fact many of the Packers think things could be getting tougher for their opponents.

Outside linebacker Rashan Gary, who had two sacks, four quarterback hits and a forced fumble, said the defense can get even better.

“We’ve yet to play our best game,” Gary said in the post-game news conference.

On the opening drive, featuring a 12-yard run on third down to move the chains, and a fourth-and-three conversion to Davante Adams to score, the Packers were quickly up 7-0.

But Washington struck back on its first possession, scoring on a 40-yard touchdown pass.

A blocked field goal ended Washington’s next drive, a drive that was aided by a phantom defensive pass interference call on Rasul Douglas.

On the Packers’ third drive, Head Coach Matt LaFleur went back to a familiar back of tricks, including Randall Cobb’s second completion of the day, a sweep from Equanimeous St. Brown and a one-yard scramble by Rodgers, his second run of the day. But a blocked Mason Crosby field goal ended the Packers’ drive as well.

The Packers got their offense clicking at the end of the half, sparked two Alan Lazard receptions. Rodgers found Lazard one more time on the drive, this time in the end zone on a 10-yard completion to end the half with Green Bay up 14-7.

The Packers’ defense set the tone early after the break.

On Washington’s opening drive, Dean Lowry grabbed a fumble out of the air that set up a Robert Tonyan touchdown reception to push Green Bay’s lead to 21-7.

Washington put together a drive of its own on its next possession but was stopped short of the goal on a fourth and one.

On its next possession, Washington tried the razzle-dazzle route, but even after recovering two fumbles on the drive Green Bay held on a fourth and goal, ending another scoring opportunity.

The Packers then put together drive that ended in a Mason Crosby field goal and giving Green Bay a three-score lead at 24-0,

A Chandon Sullivan interception in the end zone of a Tyler Heinicke pass ended Washington’s hopes for a comeback.

Washington was able to score a field goal late in the game following an A.J. Dillon fumble, make the final score 24-10 Green Bay.

The Packers have a short week ahead going into a big game against the undefeated Cardinals on Thursday night in Arizona.