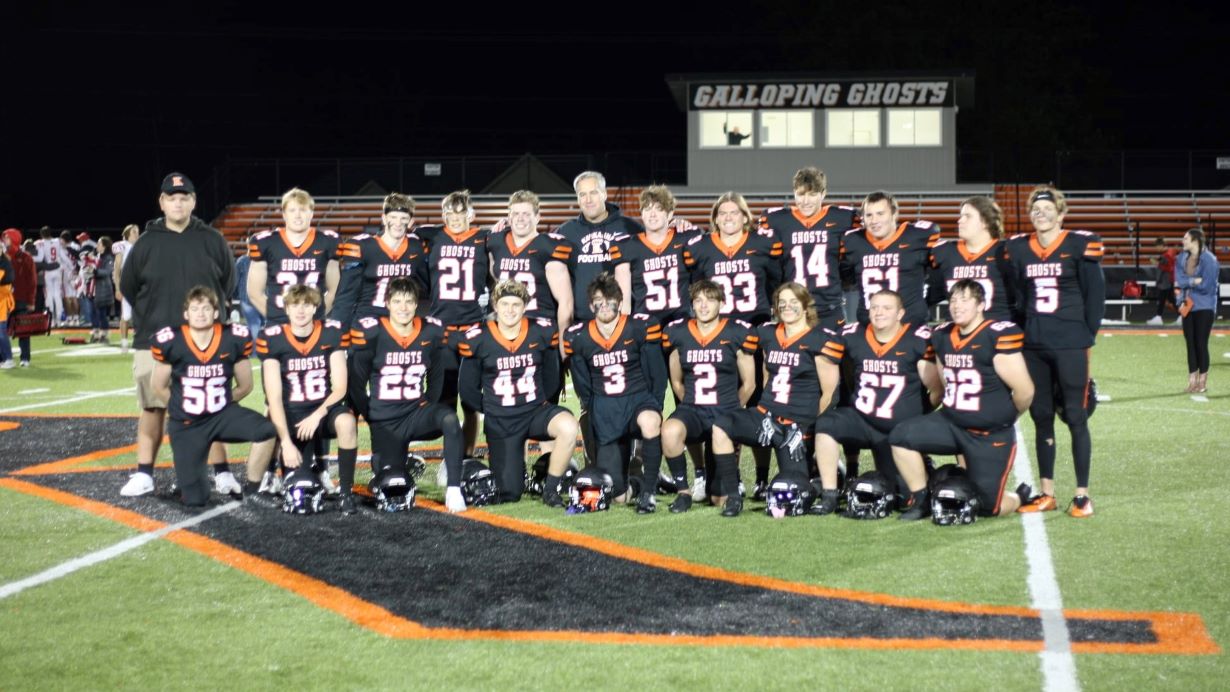 HARTFORD — The Kaukauna Ghosts football team was in the game from start to finish but could never grab a lead, falling 14-13 to Hartford in a Level 1 WIAA Division 2 playoff game.

It came down to a few miscues and missed opportunities that ended the Kaukauna Ghosts playoff run after only one game.

The game opened with Hartford scoring on its opening possession on a long, sustained drive.

The Ghosts were again on the move early in the second, but a missed 35-yard field goal left Kaukauna without points.

Hartford put together another long drive later on in the second, pushing their lead to 14-0.

Then, Kaukauna put all the pieces together later on in the second quarter ending with a Hunter Natrop scoring run into the end zone. A blocked PAT however, put the score at 14-6 Hartford at halftime.

Kaukauna opened the second half with a long drive capped off by a Finnley Doriot to Carson Sippel touchdown to close the gap to 14-13.

After a back-and-forth fourth quarter, Kaukauna put together a sustained drive that began at the Kaukauna 13 yard line.

But a 51-yard field goal attempt fell just short to end the Ghosts’ hopes for a win and bring their season to an end.

Kaukauna High students in other sports have a busy post-season schedule as well.

Boys soccer takes on Green Bay Southwest Saturday at 7 p.m. in a WIAA regional final. A link to the livestream is HERE.

Boys volleyball advanced to the WIAA Sectional Semi-Final on Tuesday, Oct. 26 to take on the #4 seeded Appleton West Terrors.