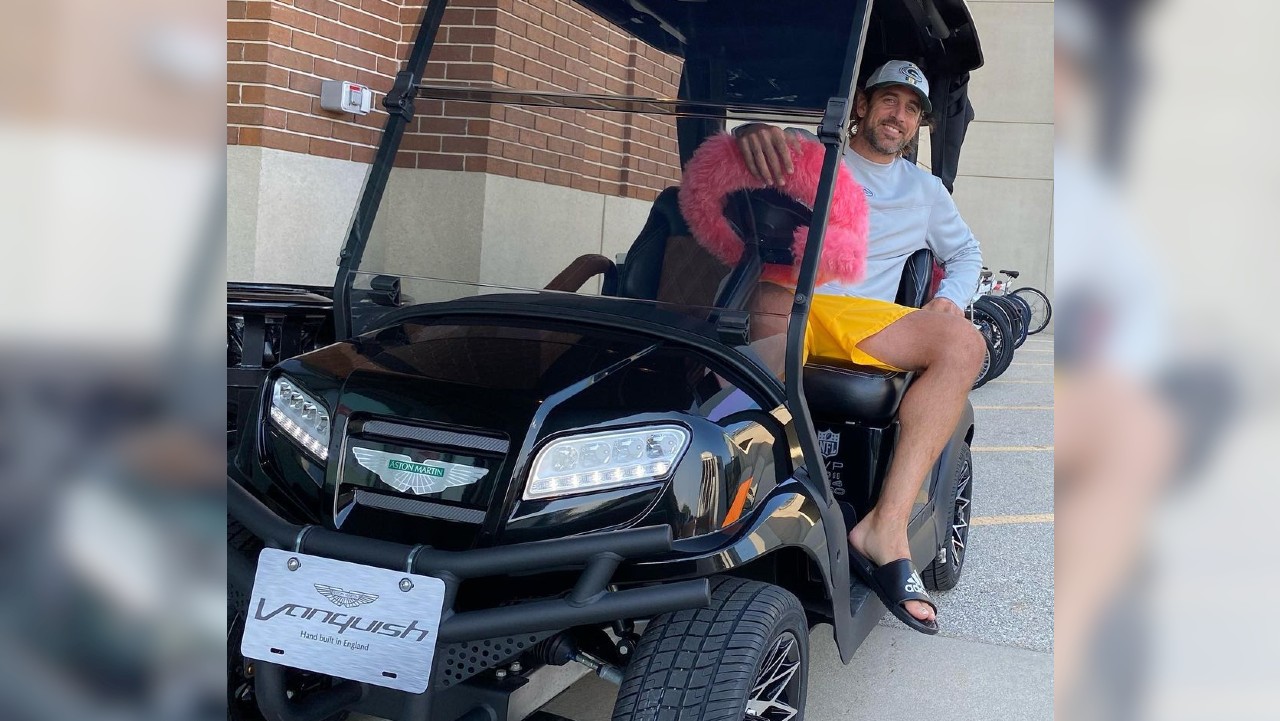 GREEN BAY — Packers MVP quarterback Aaron Rodgers has been waiting since December for his Christmas gift from teammate David Bakhtiari, and today it arrived.

It was the Aston Martin that Rodgers said he coveted, but this was not quite the gift he was expecting.

On the front as a nameplate that read, “Aston Martin.”

Bakhtiari posted the big reveal Friday morning on Instagram, writing, “My man finally got that #Ashtonmartin he always wanted. This is the real reason Aaron came back. Enjoy it 3x MVP. No more shaming.”

Back in early December, Rodgers discussed during his regular appearance on the Pat McAfee show how Bakhtiari has not given him a gift for Christmas yet but said with his new contract, there is no reason he cannot get a gift.

At the time, Rodgers said he wanted an Aston Martin but I don’t think that’s happening.

Be careful what you wish for, right?

In his reply, Rodgers tweeted, “So glad some of my teammates like me.”