Discarded cigarettes suspected as cause of Kaukauna balcony fire 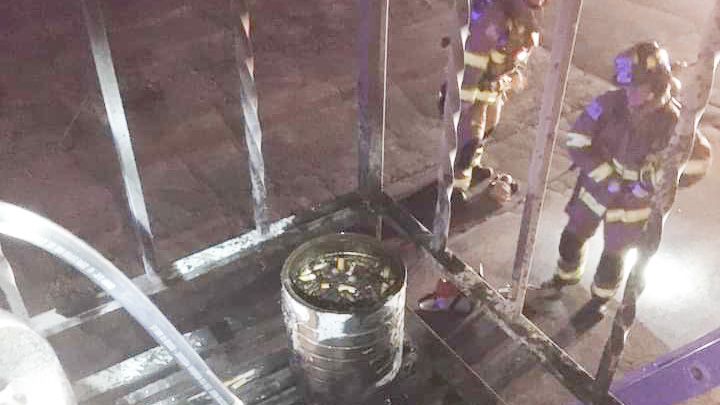 KAUKAUNA — No one was injured early Thursday after fire officials say a bucket filled with discarded cigarettes caught fire on an apartment balcony in Kaukauna.

The Kaukauna Fire Department responded about 3:30 a.m. this morning to 228 W. 12th Street where a second story balcony of an apartment complex was on fire.

The fire was spotted by a resident who was coming home to his apartment. The tenant then told the apartment manager who called 911, according to a news release.

Firefighters were able to stop the fire and contain it to the balcony before it spread to the main apartment structure. Crews used a bullet saw to remove two floor joists of the balcony which sustained fire damage.

The investigation revealed that the fire was started by a metal coffee can overfilled with discarded cigarettes that caught fire spread to the balcony. No one was injured at the time of the fire.

The rest of the apartment was undamaged.