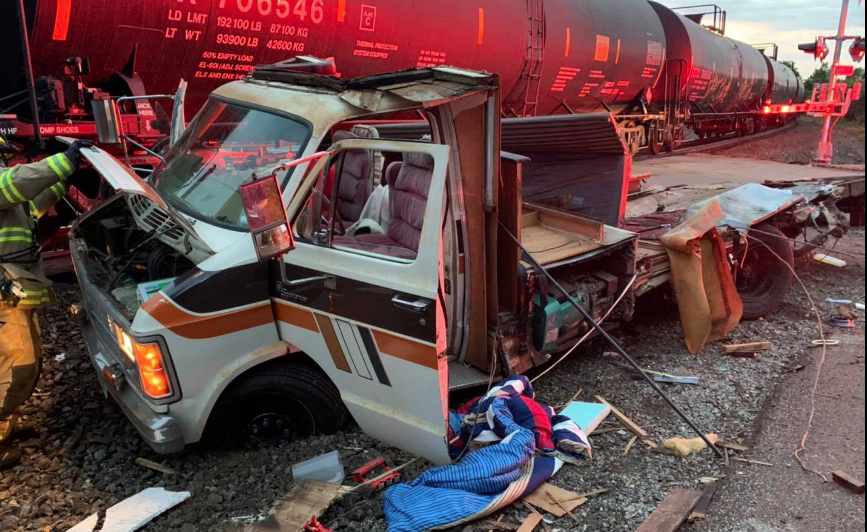 FOX CROSSING — No one was injured, but a camper was demolished, when a train plowed into the stalled vehicle near Appleton.

Fox Crossing fire and police were dispatched about 8:30 p.m. Thursday to the area of American Drive and the railroad tracks for a report of a vehicle vs. train.

A camper had stalled on the tracks and the driver was able to get out and call for assistance.

However an oncoming train could not stop in time and struck the camper.

No injuries were reported.

The intersection remained closed while crews cleaned up the scene.