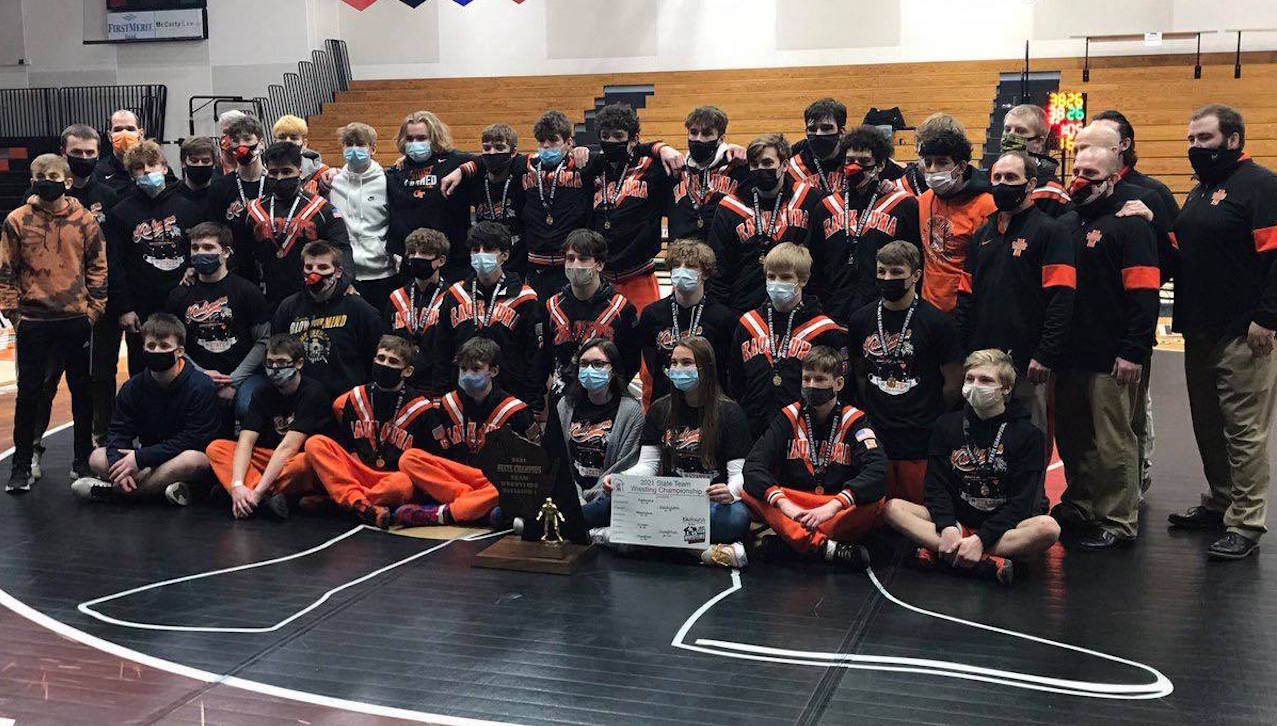 The parade begins at 3 p.m. at Kaukauna High School and will travel down Hillcrest Drive up the Veterans Memorial Lift Bridge.

The route turns left at Park School and will follow Wis. Highway 55 through the city to County Highway CE ending back at the high school.

The Ghosts defeated rival Stoughton Saturday in the title match to claim their fifth championship. The tournament was held on the Ghosts’ home floor in Kaukauna because of the pandemic.

Kaukauna and Stoughton have captured the past eight state titles.

Kaukauna’s four previous championships all come in a row from 2014-’17. Stoughton then won the next three in a row until this year.

Kaukauna back on top with WIAA state wrestling championship win